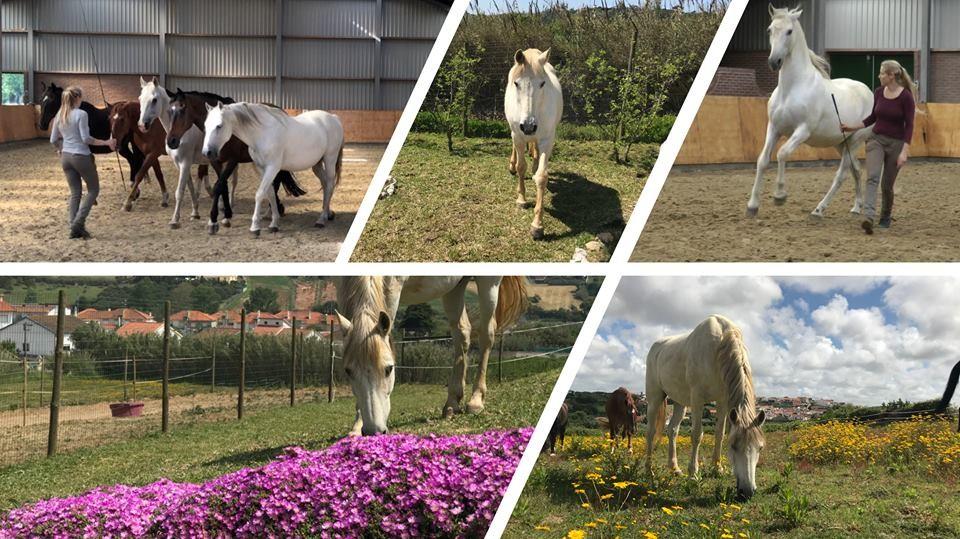 END_OF_DOCUMENT_TOKEN_TO_BE_REPLACED

In this video, you see El Blanco in the first week in the new riding arena.

Now although El Blanco was physically seen a bit out of shape after 10 months of holidays, I was pleased to notice that he was relaxed in the mind:

END_OF_DOCUMENT_TOKEN_TO_BE_REPLACED

At the moment it’s just a hobby of mine to figure out how to get multiple minds, energies and bodies aligned to do some simple tasks as standing still, moving forwards and on circles. Fascinating laboratory 😉

Romanesque and Prince Elmelund are now a very cooperative team, so I thought it was about time to add a third dimension. So I decided to add El Blanco to the team.

I have been training El Blanco together with Toronto at liberty, so is familiar with the concept of working in a team. Now I was curious if he would figure out himself that it was about joining forces with this new team. And he did.

Very quickly he decided to join, although he was a bit careful with connecting to Prince Elmelund’s ‘energy bubble’, but once he found out that PE was okay with it, and with a little encouragement, he got closer.

By adding El Blanco to the team of Romanesque and Prince Elmelund, we have another influencer on the communication, energy, and conversations.Very interesting to see the influence of a third horse on the group dynamics.

Really interesting to experience the group dynamics with all its communication, energy, and conversations in all directions when we do something together, and to get three minds, energies and bodies aligned to a simple task

In April I did a demo with El Blanco for Noora Ehnqvist’s Sensitive Group from Finland.

It was a real honour and a privilege for me to welcome Noora’s students into the wonderful world of straighness training!

We started the demo with the story how El Blanco had truly guide Noora and me together since he is a horse who could do everything physically, but whose spirit was not understood enough.

El Blanco is a fine example of a horse where you should aim for balance and well-being in all four areas of straightness training: physically, mentally, emotionally and spiritually.

During the demo I could show the healing and growing path I’ve had and have with him.