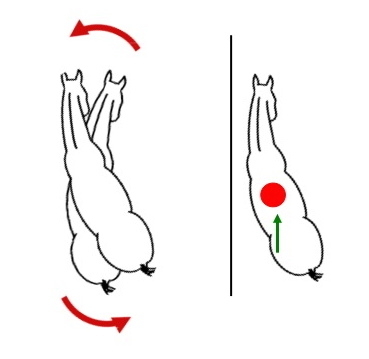 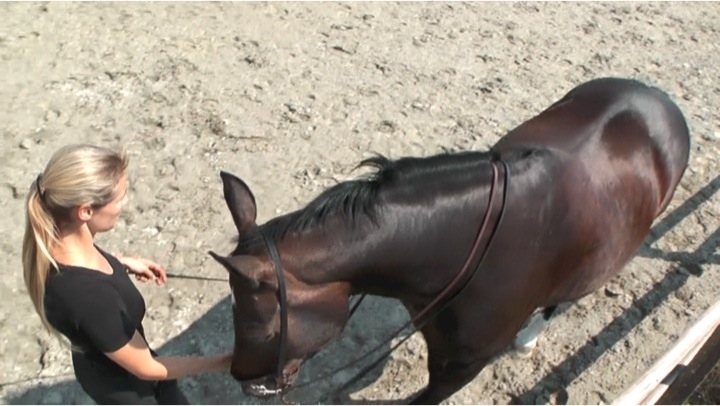 Haunches-in is a side movement on three or four tracks. The shoulders follow the track along the wall and the hindquarter is bended inwards. In this exercise, the horse is bended laterally from neck to tail. The outside hind leg is stepping under the weight. 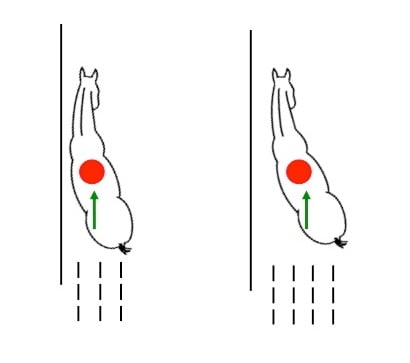 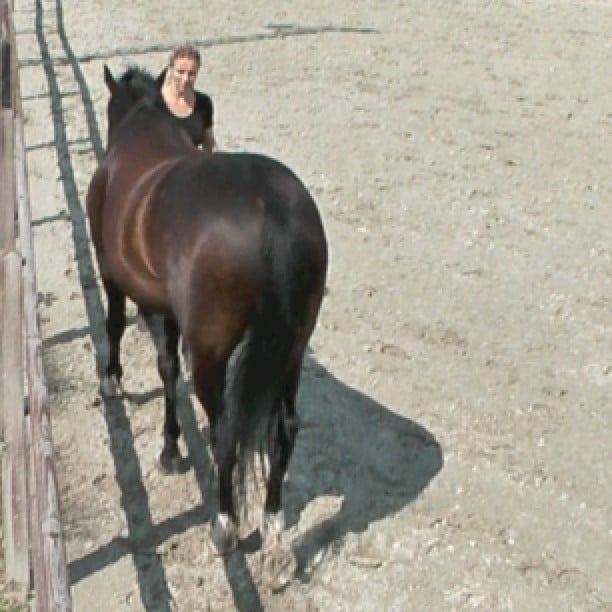 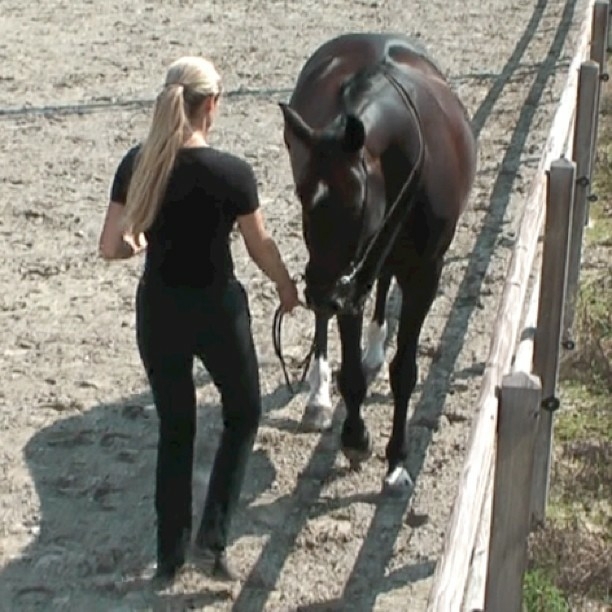 Shoulder-in and haunches-in are closely related exercises that complement each other very well: 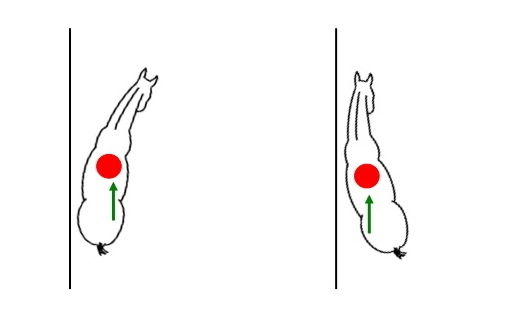 The goal of haunches-in is to teach the horse to step with his outside hind leg under the point of weight. The benefit is that this hind leg is required to bend more. Haunches-in encourages the outside hind leg to carry and makes the inside shoulder more light. The exercise increases the lateral bending and improves coordination of the limbs. 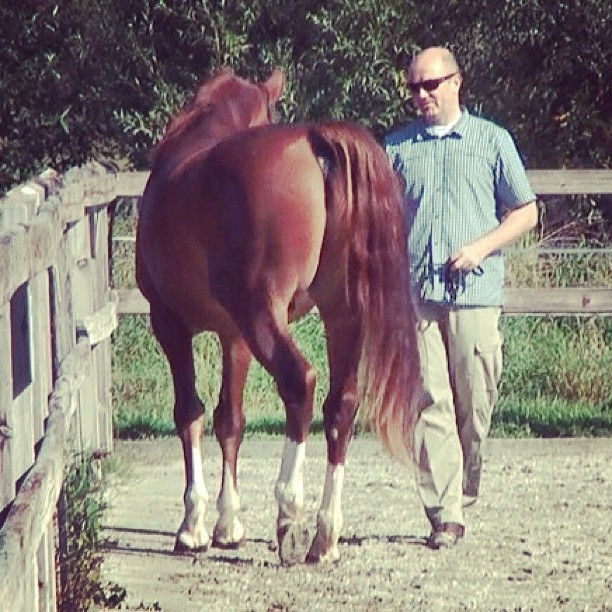 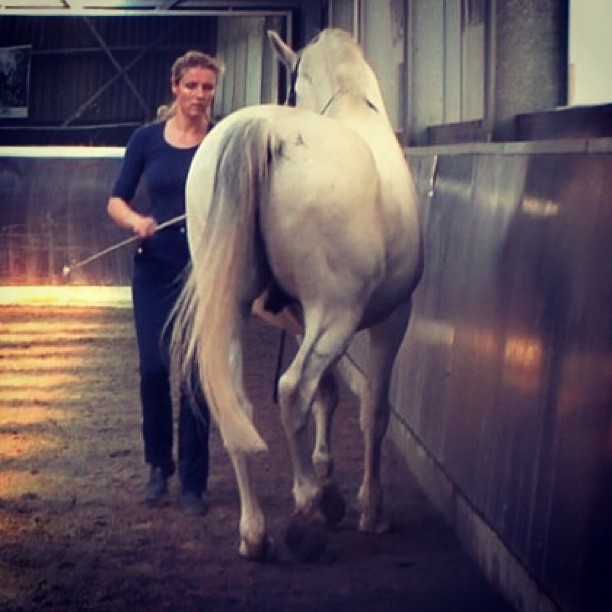 Haunches-in is a good preparation for pirouette, half pass and canter changes: 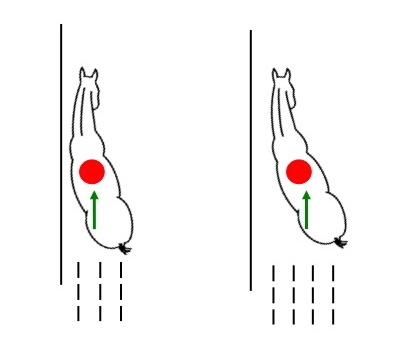 Haunches-in can be done on 3 and 4 tracks (and on 2,5 or 3,5 or 3,67 or 3,999 tracks  ).  The amount doesn’t matter. What matters is that you choose the amount where your horse can support his body and center of mass best with both hind legs. And that depends on the conformation of your horse, if he has a long back or a shorter one, if he has long legs, or shorter ones. Just do the amount where he can move in optimal balance. 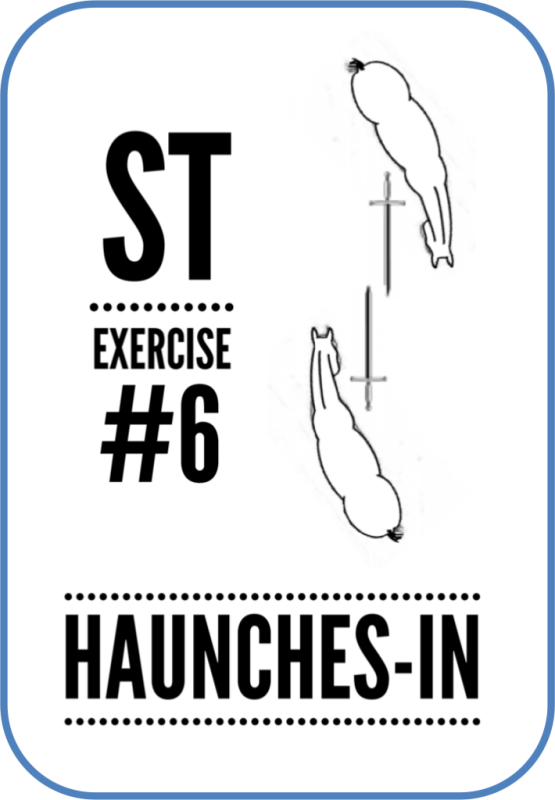 In man-to-man fights the haunches-in was used during the approach of each other.

Both hind legs followed the weapon line and because they did, the power of the hind legs was added to the weapon. This essence should always kept in mind while doing the exercise!

Also in haunches-in, the head of the horse was not in the way of the weapon.