Home » The Horse » Language » What does the swishing of the tail mean?

This question isn’t so easy to answer because it’s the context that matters. So here’s a checklist to assess your horse’s tail swishing:

Tail usage and positioning is part of the horse’s complex language and a way for the horse to express themselves and to send a message. There are many different conditions that cause the tail to move in a swishing way. It’s up to us as the rider/handler to notice and do our best to assess.

But when it comes to translating the language of the horse, it’s best to avoid fixed assumptions and ‘false’ beliefs and to always take the context into consideration. Remember, the map is never the territory. You have to take in the whole situation, not just a part of it, to understand why the horse does what it does in a certain moment and situation. We must observe carefully and know our horse to figure out exactly what it means.

During Straightness Training sessions we are always trying to teach a horse something new and/or trying to improve things he already knows.

This means we will work the horse not only in his ‘comfort zone’, but we will also try to ‘stretch’ him, both on a physical level as on a mental/emotional/spiritual level. Of course, we try to avoid the ‘stress’ zone at any times.

The tail is a good indicator of in which zone you are. 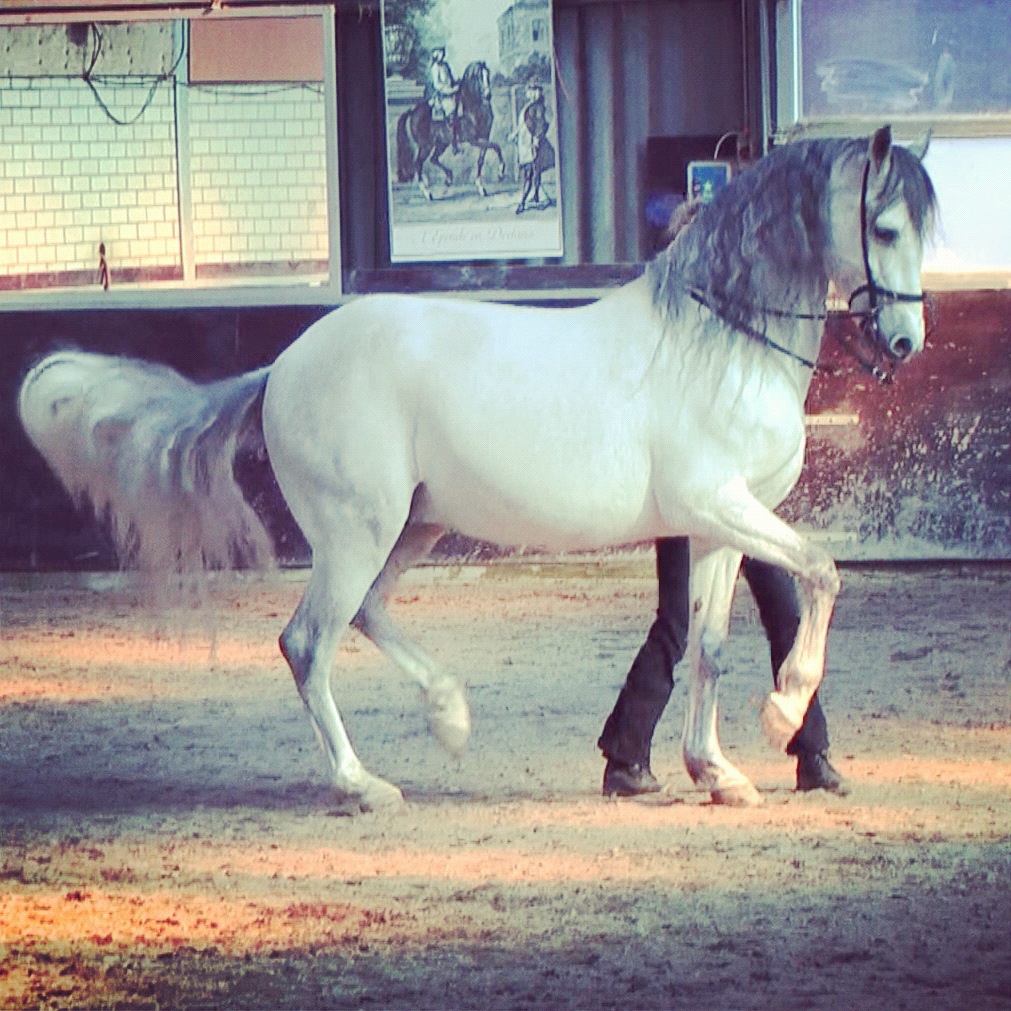 In the ‘stretch’ zone it’s very common that a novice horse starts to swish his tail, either because he doesn’t completely understand our new request and is a little confused, or he finds it difficult to perform what’s been asked physically seen.

Also, an advanced horse might tend to show more tail movement when he gets really focused or is working hard, especially if it is a move he really enjoys or one that is challenging, such as the piaffe or the pirouette or – as shown in the picture – the piaffe pirouette.

You can compare it to human athletes: when an athlete appears to have a grimace on their face or make loud noises when they, for example, lift heavy weights. In this context, it can mean concentration and determination. 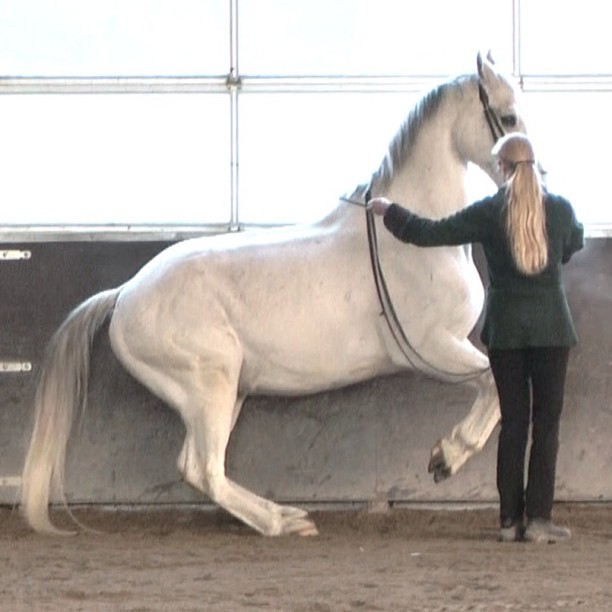 During a proper education of the horse, his comfort zone will get bigger. Over the years the horse will learn more and more and he will start to use his body in a more balanced and symmetrical way and more and more exercises start to feel comfortable.

Thanks to this proper education his mental capacity to learn, and his balance, his muscles, and his movements will change and improve over the years and he will use his tail more and more in a balanced way, but that doesn’t mean he will not swish his tail ever.

So when a horse is working really hard and paying close attention in Straightness Training, often he’ll express this with his tail, – and often also with his ears and face – showing that he is trying his best to perform the exercise.

And even though it looks like he’s a bit ‘tensed’, he’s really trying hard and putting the same physical effort into it like an athlete would do, and an athlete’s facial expression doesn’t look relaxed either.

Together they form an entire language of the horse.

Links to Releated and Relevant Articles:

5 thoughts on “What does the swishing of the tail mean?”