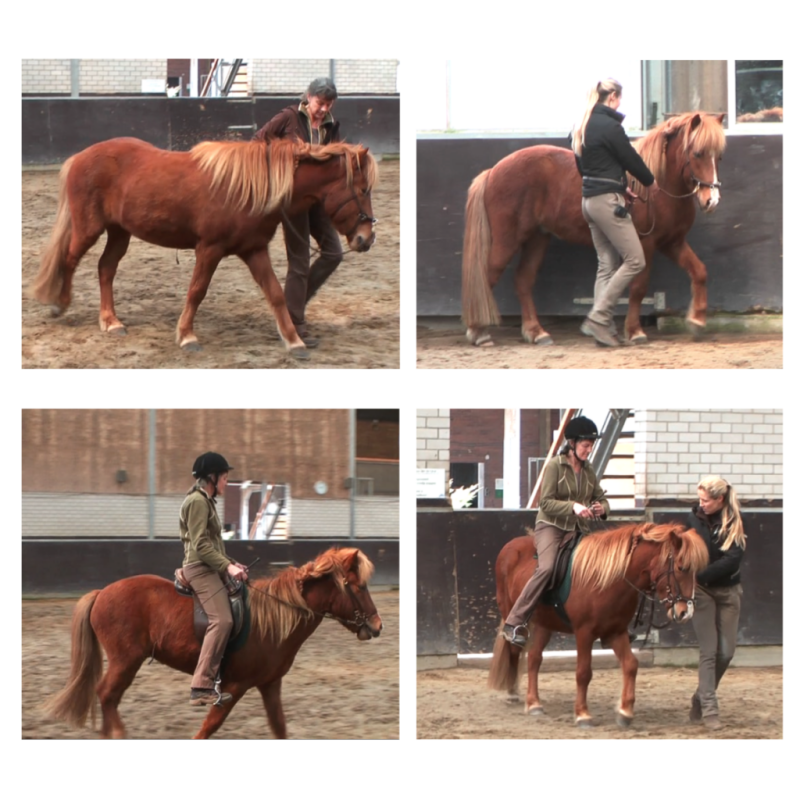 A frequenly asked question is: “Can I do Straightness Training with my gaited horse?”

The answer is: yes! And I will tell you why in the article below.

Now when it comes to gaits the horse we can speak about the following gaits:

Horse gaits are the various ways in which a horse can move. The natural gaits of a horse are:

The walk is the least elevated, slowest and gentlest action of all the gaits. The walk is a four-beat gait. When walking, a horse’s legs follow this sequence: left hind leg, left front leg, right hind leg, right front leg, in a 1-2-3-4 beat. At the walk, the horse will always have one foot raised and the other three feet on the ground.

The gallop is the fastest gait of the horse and more ground-covering then the canter. In the gallop the three-beat canter changes to a four-beat gait. In the wild the canter is used when the animal needs to flee. 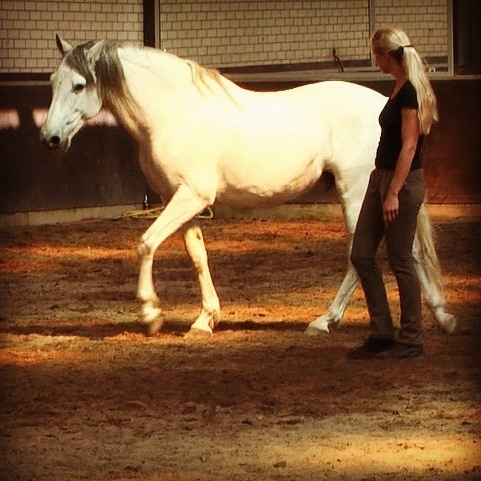 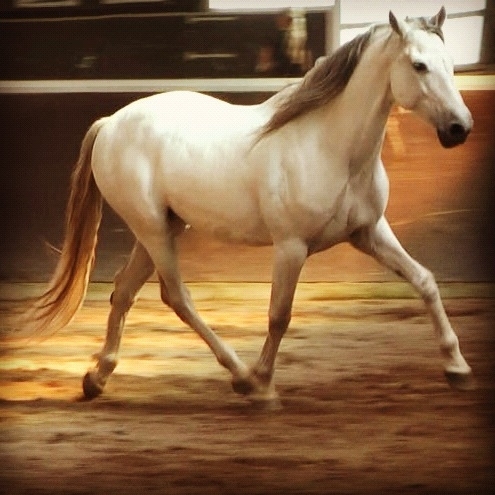 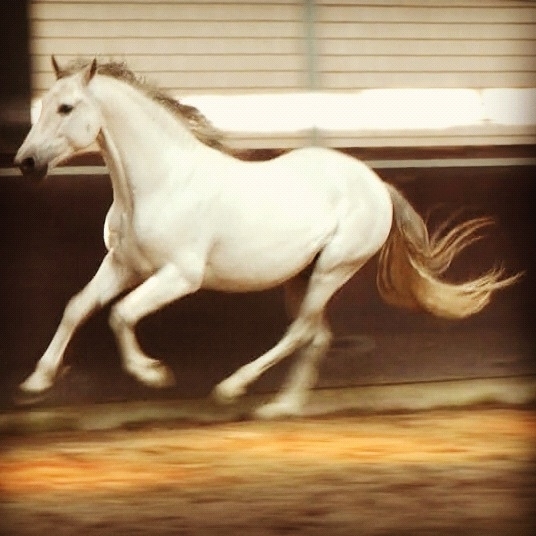 False and disunited gaits (which often arise because of natural asymmetry) are:

Defective gaits are often are found in horses with natural weaknesses or in horses that are old and run down.

A defective gait is for example when the forelegs of the horse canter and the hind legs are trotting. This is also called the ‘rack’ or the ‘tranter’.

Also former racing trotters show this tendency, to canter in front and trot in behind, once they are asked to perform the  canter.

Gaited horses are horse breeds that have ability to perform one of the smooth-to-ride, intermediate speed, four-beat horse gaits, called ambling gaits. 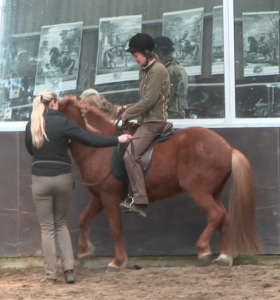 The names of the special gaits of gaited horses derive from differences in footfall patterns and speed, they are collectively referred to as the “amble.”

Some of these breeds are ‘five gaiters‘, like the Icelandic horse, the Paso Fino and the American Saddlebred, because they can not only move in walk, trot and canter but also in two other ambling gaits. 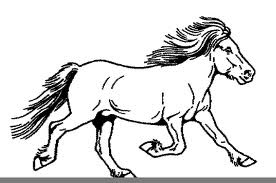 All ambling gaits are faster than a walk but usually slower than a canter.

Is ST useful for gaited horses?

No matter what breed, people who love horses, really all want the same;

Since every horse is asymmetrical by nature, also the gaited horses has to be ‘straightened’ to be able to move in a supple and balanced way.

No horse is made to carry a rider – no matter what breed, no matter if it’s a gaited horse or not – because by nature most weight is on his fore legs because of the heavy head and neck. The hind legs pushes the body forward and when the weight of a rider is placed on the horse, it overloads the fore legs even more. And the fragile front legs can be easily overstraint because of the overload.

Therefore we need to educate and train a horse to transform the ability from the hind legs from ‘pushing’ ability to also ‘carrying’ ability.  To carry a rider properly and without harming the front legs or back, the horse should carry the weight of his own body and that of the rider mainly with his hind legs.  Because when the use of their hind legs is not equal and their weight distribution on the front legs is not equal, they will perform all gaits in an imbalanced way.

For example if you can tölt easily to the left but not to the right with your Icelandic horse, or when he’s very weak in the hind legs, so your tölt is of poor quality, you know you need to strengthen and straighten your horse. 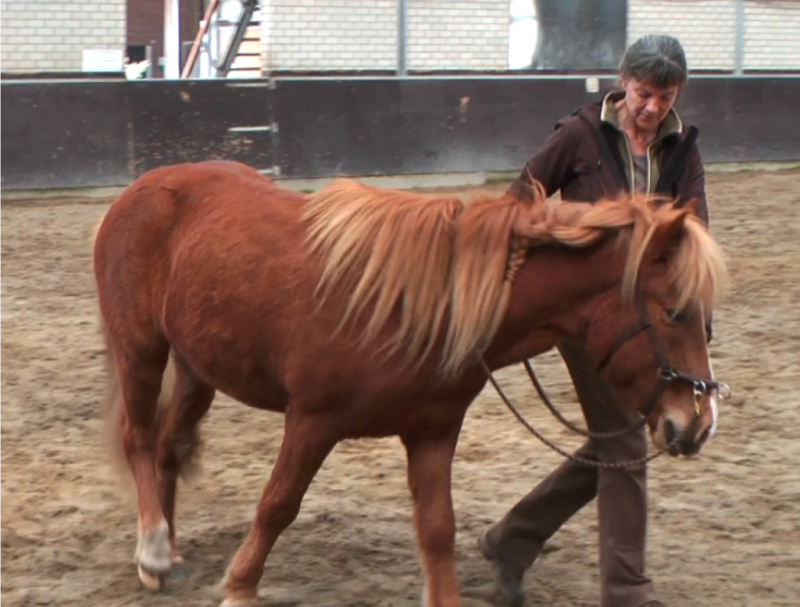 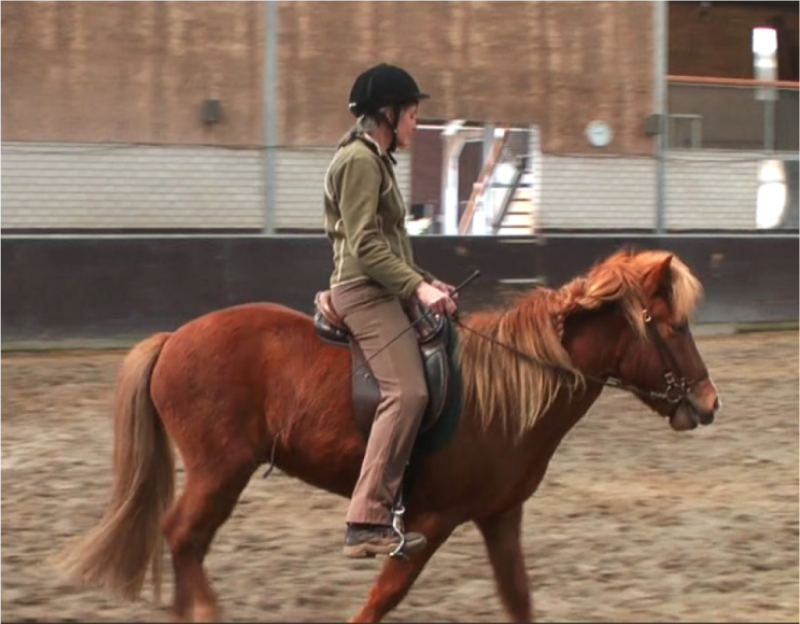 With Straightness Training you can help the horse to shift the weight more back and to free the shoulders and lift the back to be able to carry a rider properly. By addressing all 6 keys of Straightness Training in the training of your gaited horse, you can supple his back and his hind legs, so he can carry himself and the rider in a healthy and balanced way: 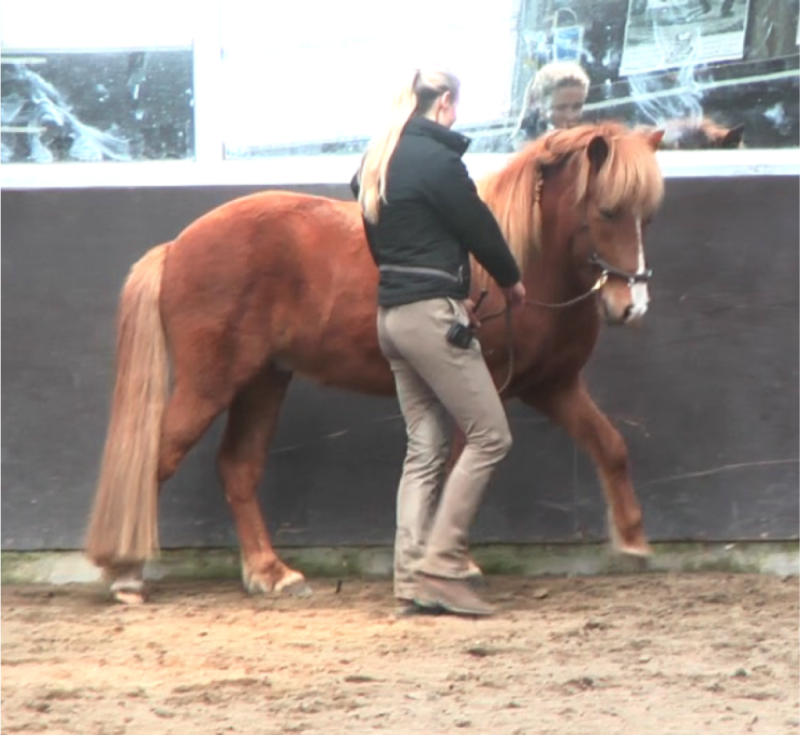 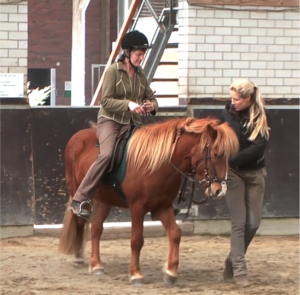 With ST you are able to achieve the ideal of a connected, light, willing, calm and balanced horse that is a pleasure to ride, in whatever gait you want to ride, so you can perform at your best in your own discipline.

Without proper education you could end up for example with a tölt where the horse is just moving with a high position of head and neck without lowering of the hind quarters, and this will stiffen the back or the horse will drop his back, and he will carry too much weight on the front legs. Because without proper schooling, the hind legs may not have developed the carrying ability which is necessary to carry a rider.

The cause is that the horse is not straightened enough, he is still asymmetrical, he is weaker to one side thann the other, he is not evenly stretched to both sides in the lateral bend and he’s not evenly supple and strong in the hindquarters, so he’s not athletic enough.

Now if you for example have a tölt issue with your horse, it’s not a good idea to address and solve tölt problems in the tölt. Remember Einstein’s definition of insanity: doing the same thing over and over again and expecting different results  .

So just follow the 6 Keys of ST to solve any kind of issue with a gaited horse.

The 6 Keys of ST with a gaited horse 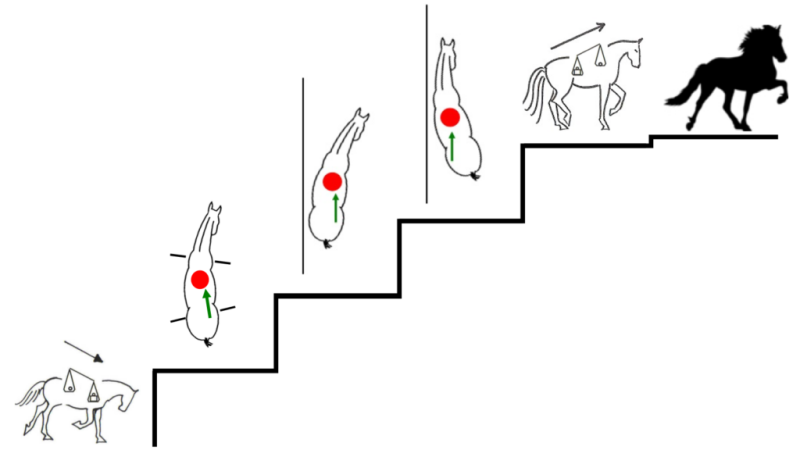 The first thing to do with an asymmetrical gaited horse, that carries most weight on the front legs, is to create a proper LFS on the circle.

Now a lot of people with gaited horses might probably think that doing fancy exercises as ‘shoulder-in’ and ‘haunches-in’ is only something for dressage horses. But we should think beyond the names of the exercises and know the reason why these exercises exsist: Shoulder-in and haunches-in school the inside – Key #4 – and the outside hindleg – Key #5-  to step in under the center of mass. The result is that the horse has to bend the joint of the carrying hind leg more because it will take more of the horses weight. And that makes the hind leg more supple and strong.

So if you collect a gaited horse, you should be able to ask for a two, three, or four-beated collection:

When you have developed a horse all the way to collection, you should be able to communicate on a high level too, so you are able to ask for all three variants in collection.