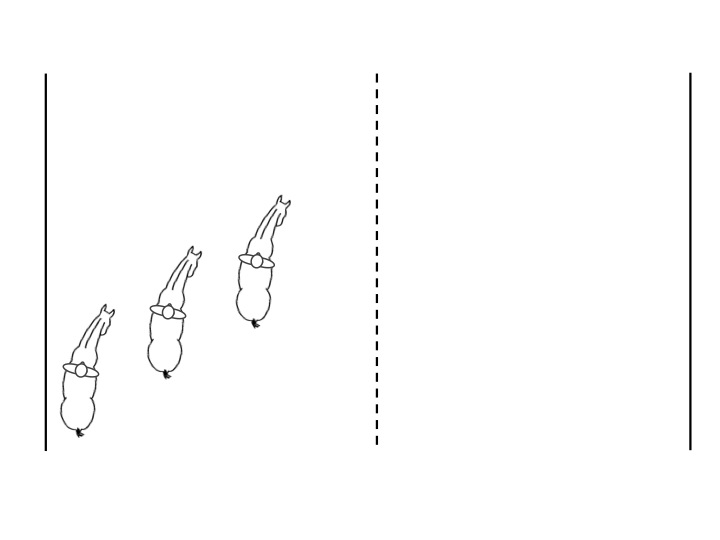 Half pass is part of this logical system and also part of theso called ‘lateral movements‘.

When doing a half-pass, the horse moves diagonally in a lateral bending, in a forward-sideward manner and looks in the direction it is going. During the half-pass, the horse steps under with its inside and outside hind legs alternated. The outside legs step in front and over the inside legs. 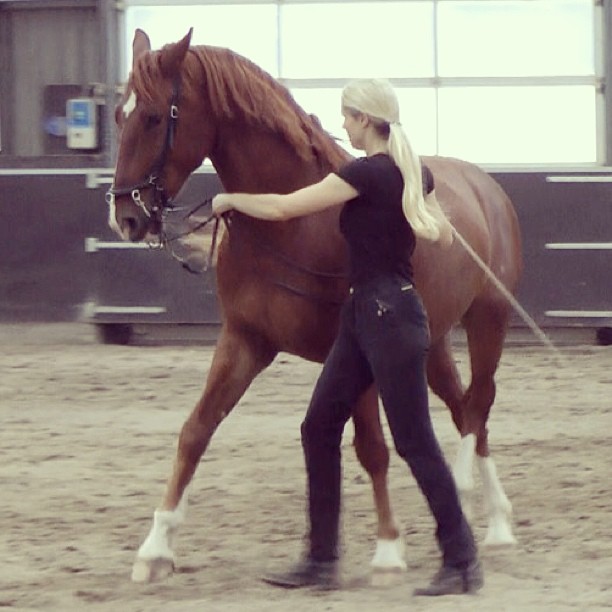 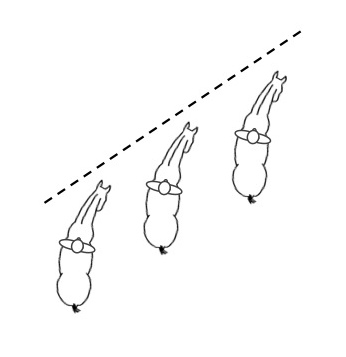 Half pass is a combination of shoulder-in sideways and a haunches-in on the diagonal.

In the half-pass the outside hind leg should also step towards the center of mass. So doing a half-pass is in a way the same as haunches-in, except that the exercise is not done along the wall but on the diagonal.

This requires that the horse carries itself, as the wall no longer supports the horse.

Imagine that the wall is on the diagonal and ride haunches-in along that imaginary wall.

This will result in the half-pass. 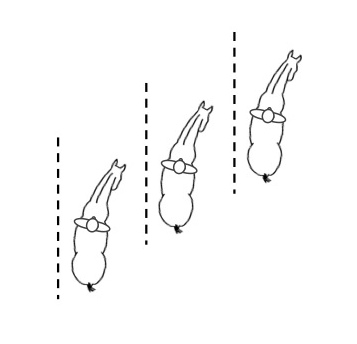 To test if the shoulders are leading you should during every moment of the half-pass be able to continue on a straight line in shoulder-in. Then you are sure the horse has had the right shape during the half-pass.

For horses that still lack some strength and lose their balance quickly, it is recommended to alternate half-pass with shoulder-in on a straight line.

So don’t think in ‘shoulder-in’ or ‘haunches-in’, don’t do the ‘names’ but think about the ‘essence. YSo therefore the shoulders should always lead.

One can only start with half-pass when the exercises shoulder-in and haunches-in are properly taught to the horse.

Half pass is first taught in hand, and then in riding. At the beginning, a few steps should be enough. When the horse gets stronger, this can be built up towards an entire diagonal. The exercise can be done in walk, trot and finally also in collected canter. 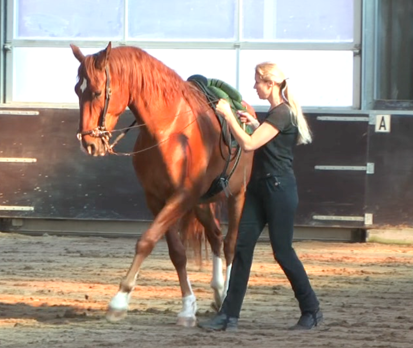 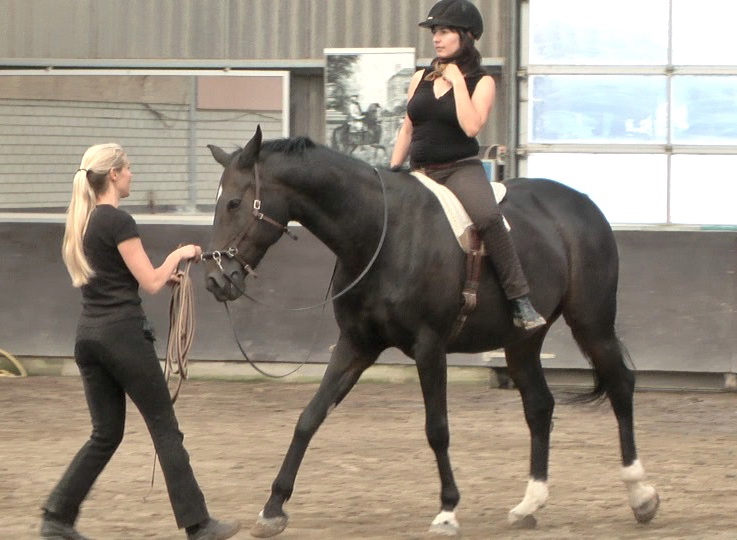 In work in hand we position ourselves to the outside (convex side) of the horse, in groundwork on the inside (concave side). In riding we guide the horse from above. 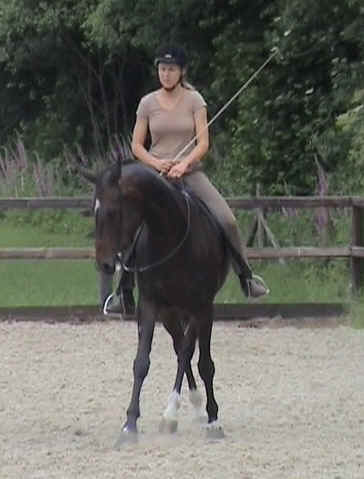 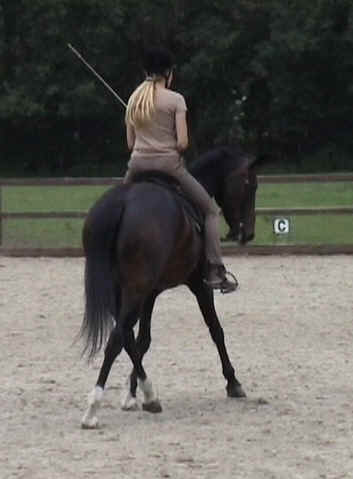 It is recommended to practice all variations and not to limit yourself to just 1 variation. Most of the time you will start half pass:

But in groundwork or riding you can start both from shoulder-in, and from the haunches-in circle/pirouette and in both cases you must make sure the shoulders are leading.

In work in hand you need to rebend the horse first to the outside, and then when the horses shoulders are leading, you can continue on the diagonal with the half pass.

In work in hand you can also make a small circle right before the end of the short side, than stop the horse when the horse reaches the diagonal, move over to the other side (convex side) yourself, and continue in half pass on the diagonal.

In work in hand you can also make a normal big circle first and on X you can rebend the horse and change to a renvers circle or piroutte and out of this renversal exercise you can continue with half pass on a diagonal.

0 thoughts on “Half pass”