In this video, you see El Blanco in the first week in the new riding arena.

Now although El Blanco was physically seen a bit out of shape after 10 months of holidays, I was pleased to notice that he was relaxed in the mind:

As with my other horses, I first applied the ‘Observe First, Produce Later’ philosophy.

In the ‘observing’ phase, a horse can express himself and give his opinion:

So he can look to the inside, but also to the outside, he can investigate the surroundings, the cameraman, whatever, and he can let us know what he thinks about the situation. Now especially for a high-spirited horse as El Blanco, this is important because he doesn’t like to be squeezed like a buxus in a Baroque garden.

To explain this a bit more, let’s dive a little into history:

Schooling for War vs Schooling in the Academy

The Baroque era, which flourished in Europe from the early 17th until the late 18th century, was the time that riding academies were founded and that the dressage was freed from its original purpose – which was training horses for war and the battlefield.

In the Middle Ages and Renaissance, the focus was on developing the horses into a mobile, strong, fit and agile warhorse, so this was the time of cavalry training and schooling horses for war.

So in training for war, a horse was taught:

Just to increase the chances to survival in times of war. However, in the Baroque era things changed:

It was a richer period with less war and the schooling for war changed to schooling in the academy.

Dressage became l’art pour l’art, which means, the art of riding was done for art’s sake.

So the focus was put on performing all of the artificial gaits, airs, and figures and reach the highest possible level.

Now, we can perform this l’art pour l’art in a balanced and in an extreme way:

The balanced version of Baroque schooling is, that the art offers horse and man a task in their life that can be performed with dignity until a great age and that give quality in life to both man and horse.

In the more extreme version, it might lead to a sort of ‘Baroque garden’ approach where all plants are clipped in increasingly complex ornamental shapes and can only express themselves within the strict rules, boundaries, and limitations of the garden.

The same can happen with dressage:

Now of course, it’s a nice goal to perfect Mother Nature on a physical level.

But on a spiritual level, not all horses want to give up their freedom to express themselves.

High-spirited horses don’t want to be told what to do, and you cannot ‘make’ those horses fit in, especially when there’s lack of purpose.

Therefore we need to observe those horses first, so we can tap into their motivation.

With high-spirited horses as El Blanco we need to observe first how they are ‘wired’: 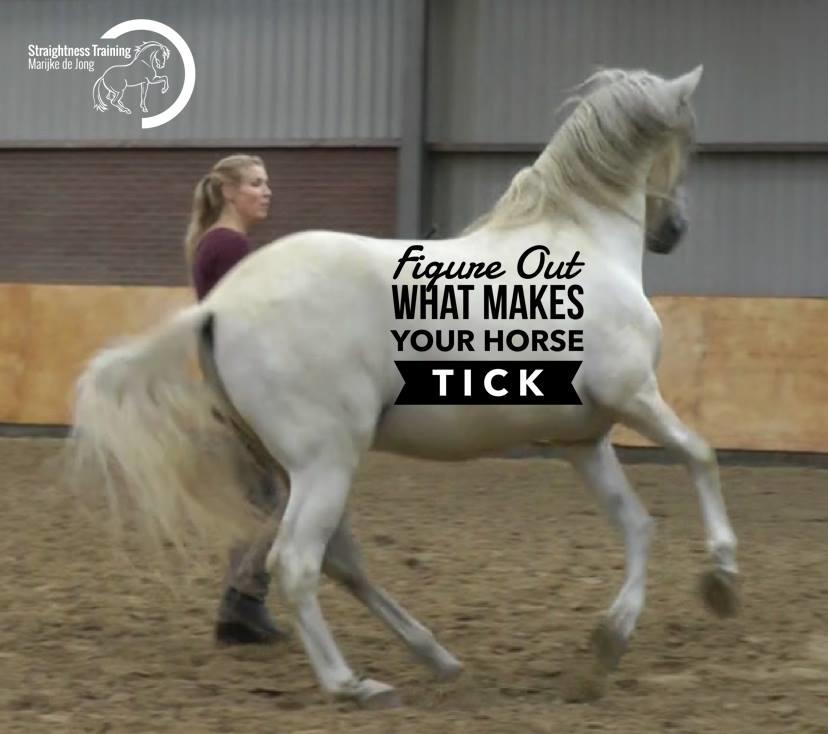 Once we know how they interact, we need to figure out what makes them tick.

Because those horses are very clever and understand very quickly what you mean and what you want, but that doesn’t mean that they feel inspired to work with you.

So there’s a difference between understanding and motivation:

But when you have both, your horse will feel inspired and will cooperate with you.

And also after a more ‘difficult’ task he will stay connected and in a dialogue with you.

His mental state will step up to the level of ‘figuring out’ and ‘Best Aikido‘.

And from that place, you can reach a lot! 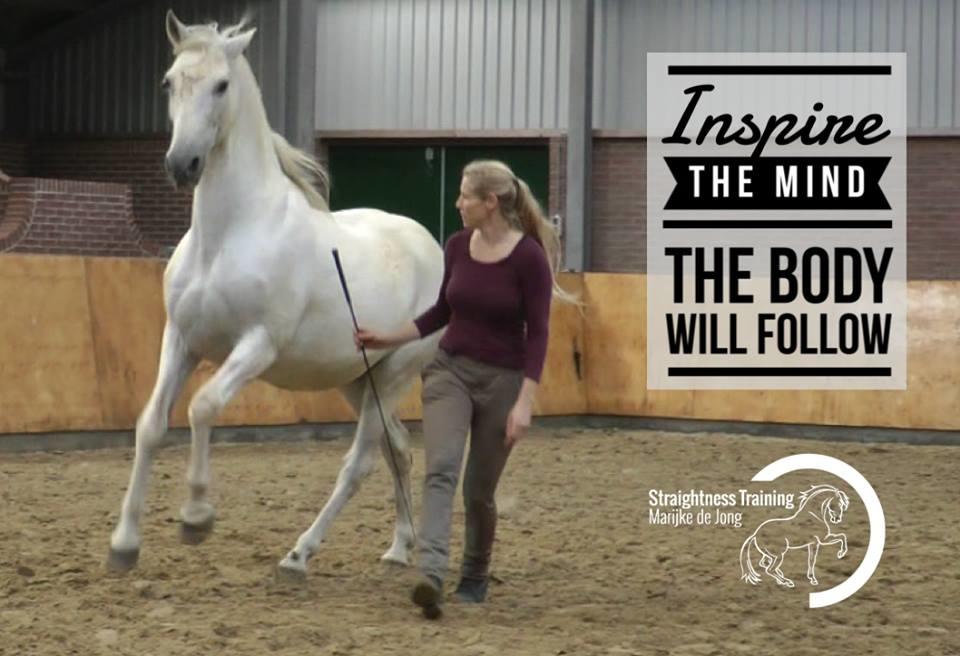 And that’s most important:

Once you have the mind of a high-spirited horse, the body will follow.

And then you can do great things together!

0 thoughts on “Inspire The Mind, The Body Will Follow”