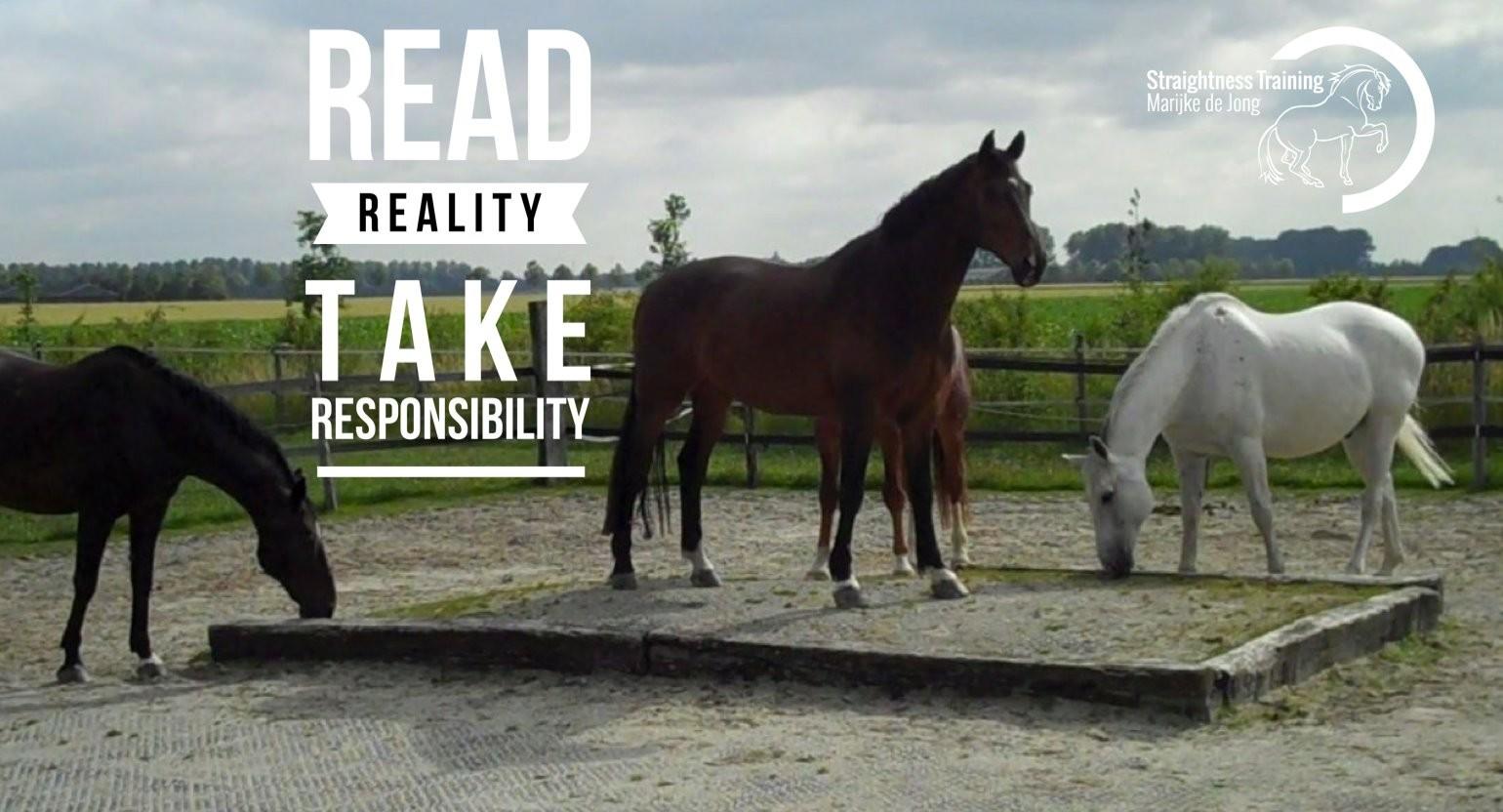 Social media is full of stories about the latest “fallen” horseman who did not live up to our unrealistic expectations of him.

When a horse(wo)man becomes successful, it works a bit like this:

This difference in perspective is why some riders are successful in a certain method or movement, and others are not.

See it as it is, but don’t see it better or worse than it is so that you don’t have a reason to try.

The difference in perspective makes that some people find a way to become a master, and other people find an excuse not to try or to quit.

The master will figure it out until things will be going well, but both lovers and haters will come up with a list of reasons why it doesn’t work.

Let’s have a look at the “excuse list” of lovers:

That’s a pretty good list for not doing well… 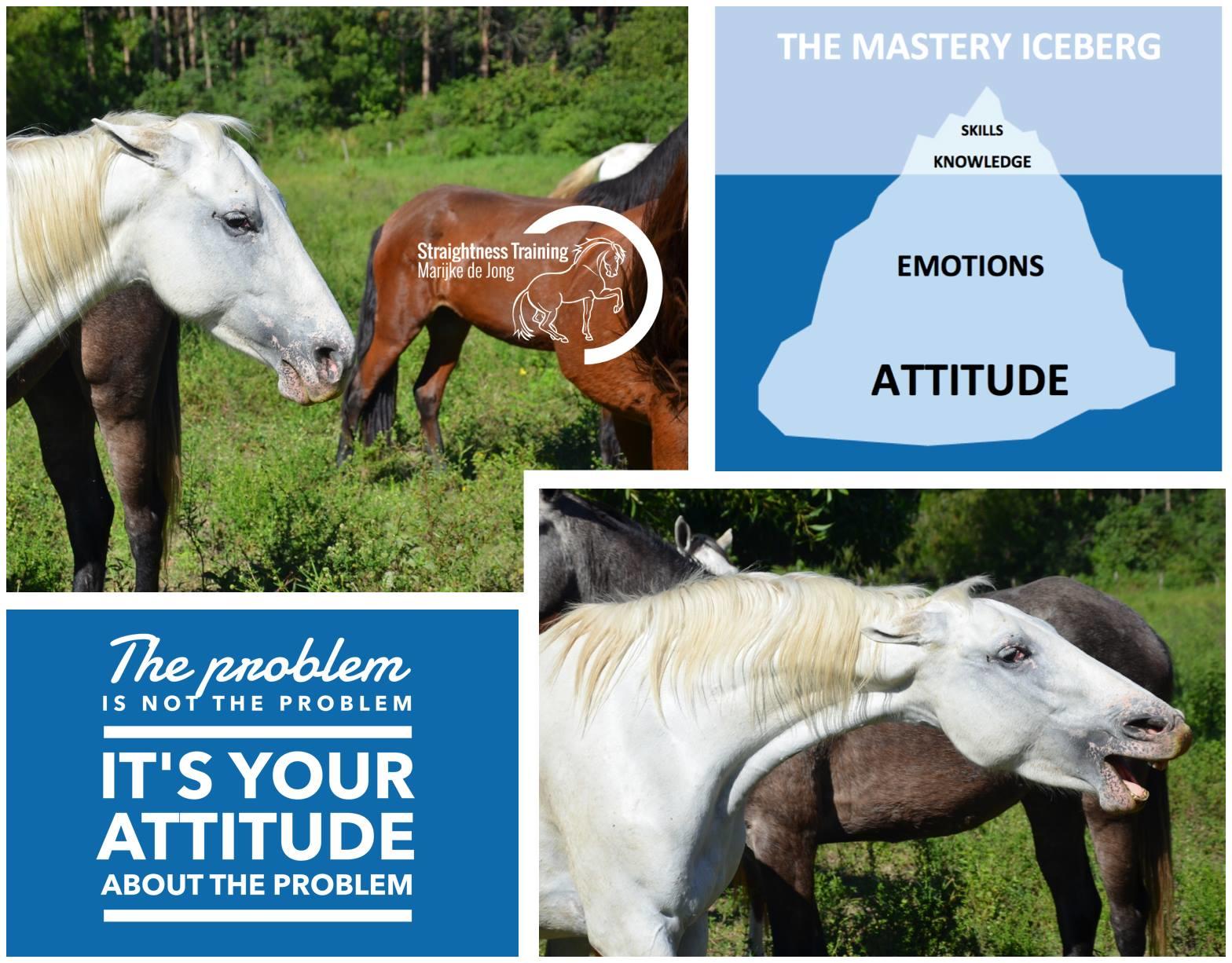 Now there are haters who are a hater right from the beginning.

But also former “lovers” can turn into “haters”, and dedicated fans can turn into devastated victims when they do not get the recognition and attention they want.

As a result, they might add to their list the following reasons why things are not going well:

Now such lists often create the “right” reasons and justification to stop, to quit, to drop out, to give up.

It also binds people together who have the same sort of list. 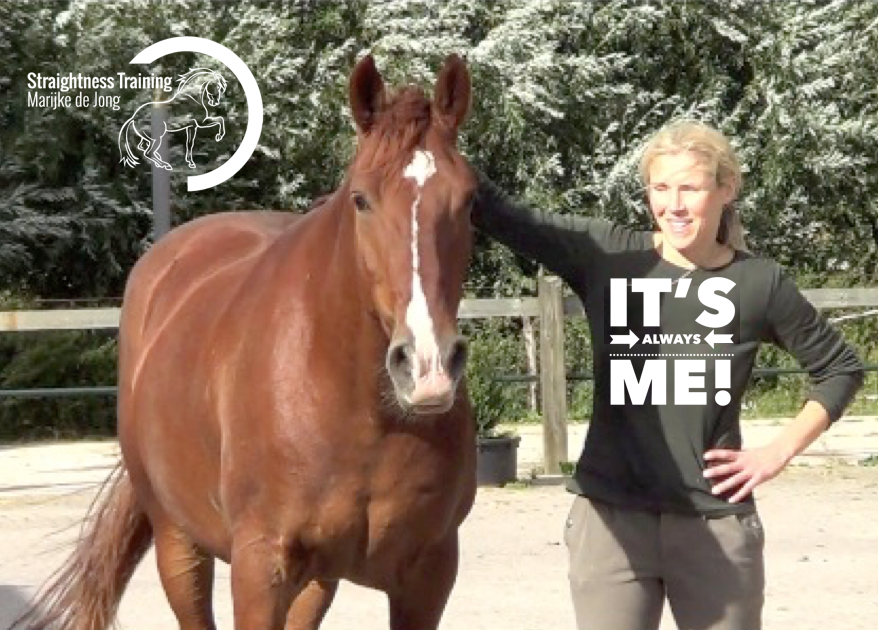 Masters will put themselves on the list when things aren’t going well. The list shows only one thing:

So when things aren’t going well and they don’t get what they want, they will change their approach.

Until they get what they want.

Masters take responsibility for their own progress and embrace the 100% ability to respond to whatever life throws at them.

They use freedom of choice:

“Between stimulus and response, man has the freedom to choose”. 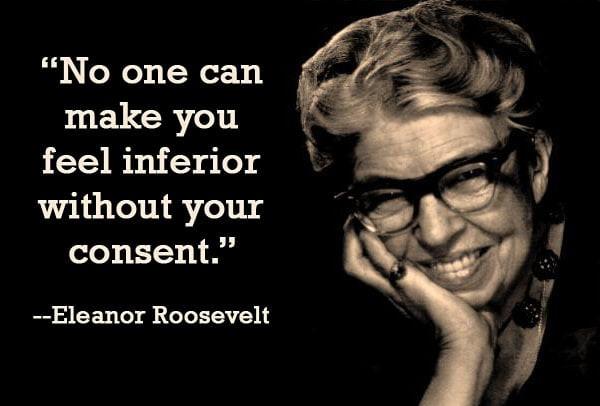 The difference in perspective often results in the following:

Two people can do exactly the same method: one succeeds the other quits.

In every equestrian discipline – classical, natural, sport, whatever – you can always find two similar riders who start an education:

One achieves the desired level.

It’s not the events that shape them, but their beliefs as to what those events mean:

Now the problems we face on our personal path to mastery fall in one of two areas: 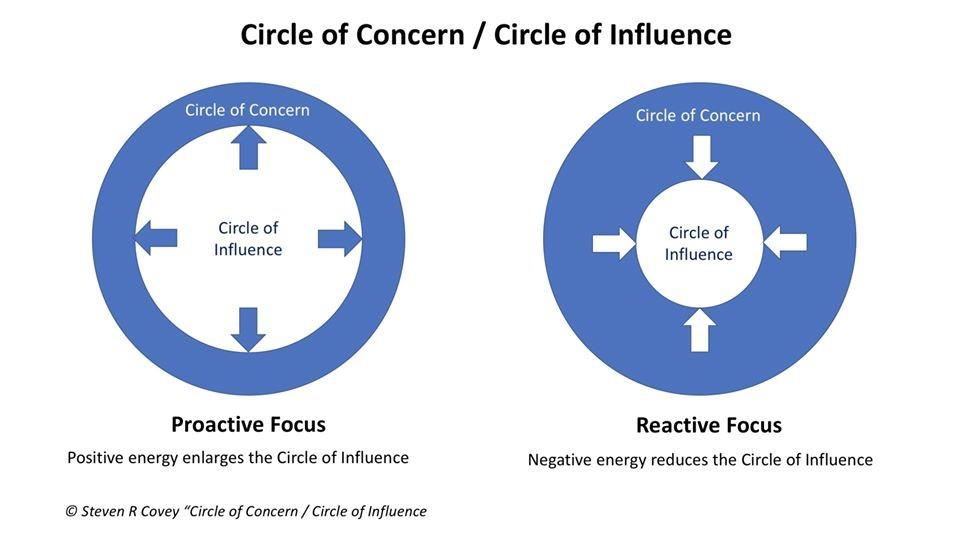 Lovers and haters focus on the first, masters on the second:

It’s inspiring to realize that in choosing our response to circumstance, we powerfully affect our circumstance. 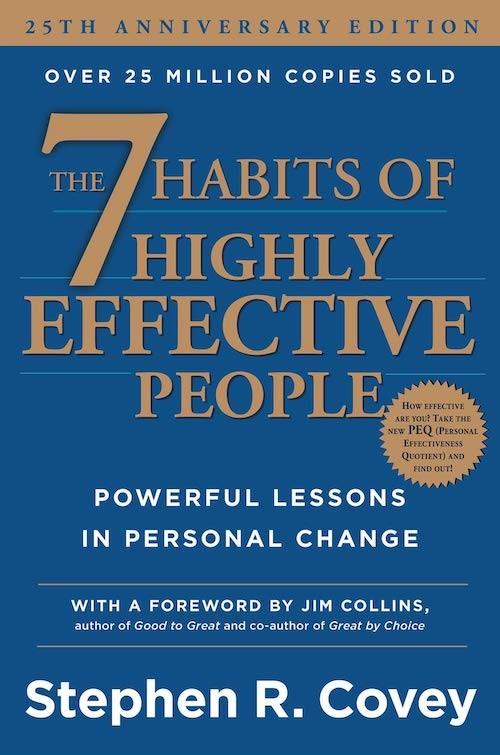 Here’s a nice example written in the book of Stephen Covey “The 7 Habits of Highly Effective People”:

“I worked with one organization for several years that was headed by a very dynamic person. He could read trends. He was creative, talented, capable, and brilliant – an everyone knew it.

But he had a very dictatorial style of management. He tended to treat people like “gofers”, as if they didn’t have any judgment. His manner of speaking to those who worked in the organization was:

“Go for this… go for that… now do this… now do that… I’ll make the decisions”.

The net effect was that he alienated almost the entire executive team surrounding him.

They would gather in the corridors and complain to each other about him.

Their discussion was all very sophisticated, very articulate, as if they were trying to help the situation.

But they dit it endlessly, absolving themselves of responsibility in the name of the president’s weaknesses.

“You can’t imagine what’s happened this time,” someone would say. “The other day he went into my department. I had everything all laid out. But he came in and gave totally different signals. Everything I’d done for months was shot, just like that. I don’t know how I’m supposed to keep working for him. How long will it be until he retires?”

“He’s only fifty-nine,” someone else would respond. “Do you think you can survive for six more years?” “I don’t know. He’s the kind of person they probably won’t retire anyway”.

But one of the executives was proactive.

He was driven by values, not feelings.

He took the initiative, he anticipated, he empathized, he read the situation.

He was not blind to the president’s weaknesses, but instead of criticizing them, he would compensate for them.

Where the president was weak in his style, he’d try to buffer his own people and make such weaknesses irrelevant.

And he’d work with the president’s strengths – his vision, talent, creativity.

This man focused on his Circle Of Influence.

He was treated like a gofer, also. But he would do more than what was expected. He anticipated the president’s need. He read with empathy the president’s underlying concern, so when he presented information, he also give his analysis and his recommendations based on that analysis.

As I sat one day with the president in an advisory capacity, he said:

“Stephen, I just can’t believe what this man has done. He’s not only given me the information I requested, but he’s provided additional information that’s exactly what we needed. He even gave me his analysis of it in terms of my deepest concerns, and a list of recommendations. The recommendations are consistent with the analysis, and the analysis is consistent with the data. He’s remarkable! What a relief not to have to worry about this part of the business.”

At the next meeting, it was:

… to all the executives…. but one.

To this man, it was “What’s your opinion?”

His Circle of Influence has grown.

This caused quite a stir in the organization.

The reactive minds in the executive corridors began shooting their vindictive ammunition at this proactive man.

It’s the nature of reactive people to absolve themselves of responsibility.

It would be very hard for me to say that I have the power to choose my response and that the response I have chosen has resulted in my involvement in a negative, collusive environment, especially if for years I have absolved myself of responsibility for results in the name of someone else’s weaknesses.

So these executives focused on finding more information, more ammunition, more evidence as to why they weren’t responsible.

But this man was proactive toward them, too.

Little by little, his Circle Of Influence toward them grew also.

It continued to expand to the extent that eventually no one made any significant moves in the organization, without that man’s involvement and approval, including the president. 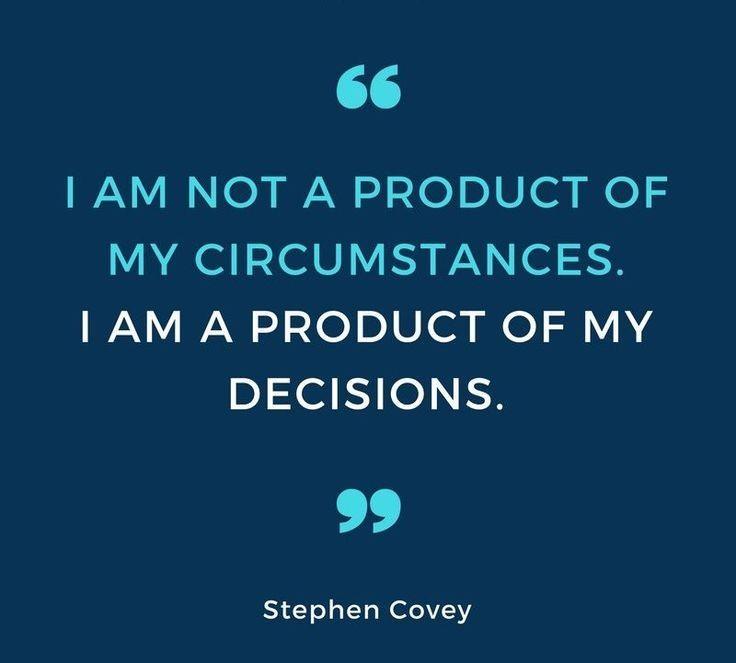 But the president did not feel threatened because this man’s strength complemented his strength and compensated for his weaknesses.

So he had the strength of two people, a complementary team.

This man’s success was not dependent on his circumstances. Many others were in the same situation. It was his chosen response to those circumstances, his focus on his Circle of Influence, that made the difference.”

In the equestrian world, a sort of the same happens. 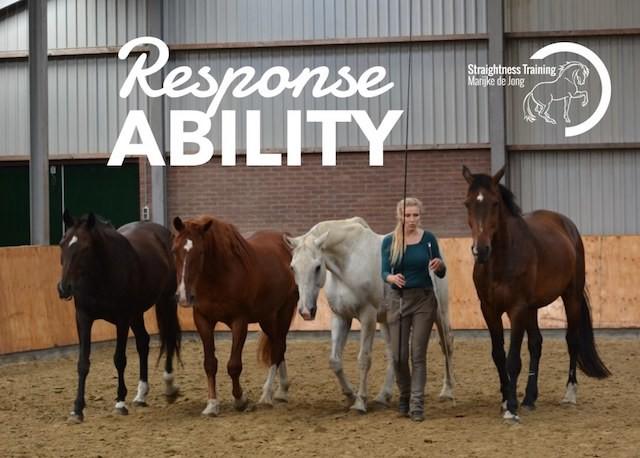 But more likely the difference is the ability to respond.

They read reality and they know what’s needed.

In the end, it’s not the conditions but our decisions that shape our success. 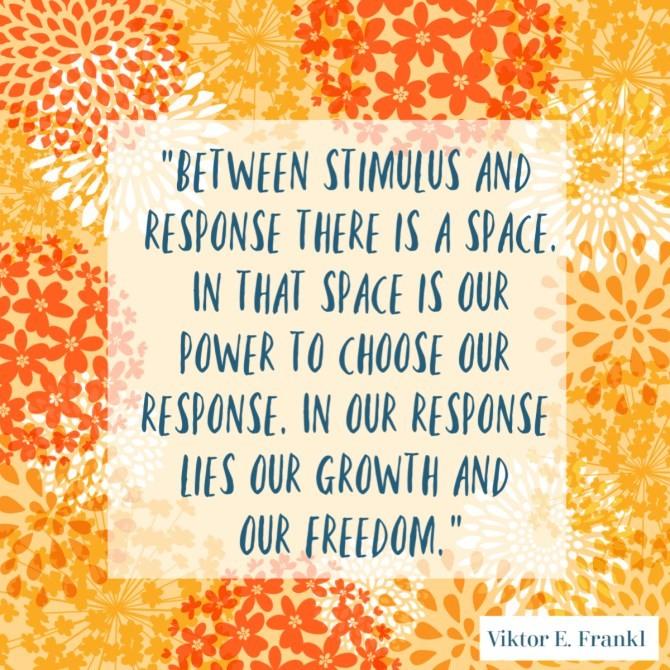