STart HERE
Why ST?
ST Academy
Marijke de Jong
Inspiration
Weekly ST
STories
STudy
Blog
Free eBook
In this article
Table of contents
Articles in this category
New Year’s Resolutions
3 Ways To Stay Motivated When You Really Want To Quit
6 Simple Strategies To Step Out Of Your Comfort Zone
6 Steps To Turn Your Dreams Into Reality
6 Tips on How To Deal With Problems
Agree to disagree
Are you a Matcher or a Mismatcher?
Ask The Right Questions
[...]
Home
The Rider
Mental development
Are you a Matcher or a Mismatcher?

Are you a Matcher or a Mismatcher?

What do you see when you look at these orange figures?

How do the three figures relate to each other?

There are many answers possible!

And your answer depends on if you are a matcher or a mismatcher.

So let’s have a look at characteristics of matchers and mismatchers: 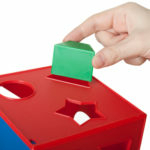 When ‘matchers’ look at the three orange figures, they look for ‘sameness’ and ‘similarities’.

So a matcher we could say:

So matchers look at what the figures have in common.

Another type of matcher finds ‘sameness with exceptions’:

They see the ‘match’ first, and then the things that are different, so they could say:

They’re all rectangles, but two are laying down and one is standing up. Or two are big, and one is a bit smaller. 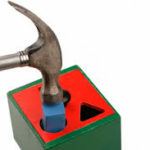 When ‘mismatchers’ look at the three orange figures, they look for ‘differences’ and ‘what doesn’t fit’.

So a mismatcher could say:

Another type of mismatcher finds ‘differences with exceptions’:

They see the ‘mismatch’ first, and then the things that are the same, so they could say:

One figure is different and the other two are alike.

When it comes to qualities of matching and mismatching, they are like this:

As human beings, we tend to be creatures of habit.

This doesn’t just apply to our behaviors, it also applies to our thoughts, feelings, beliefs, and attitude.

So we can have a ‘default’ matching or mismatching mindset.

Now both mindsets have benefits and drawbacks:

When it comes to a mismatching here are some advantages and disadvantages: 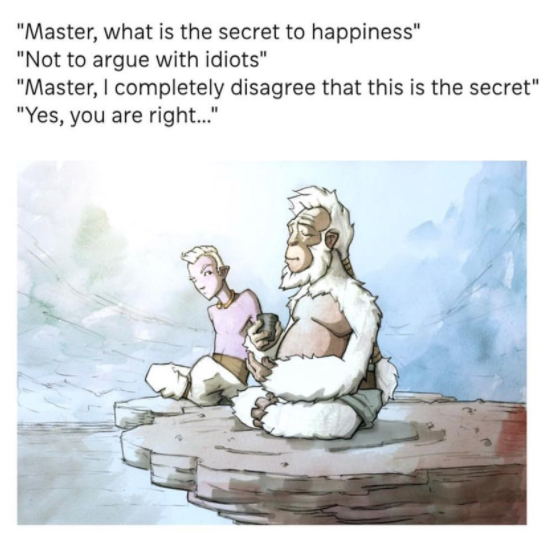 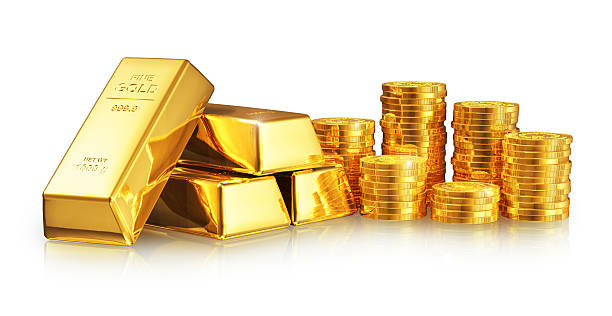 On social media they will share their unsolicited opinion about your picture or video:

It’s like giving them a bar of gold for free, but they ask: can’t you give it to me in golden coins?

When it comes to matching here are some blessings and handicaps of having this mindset: 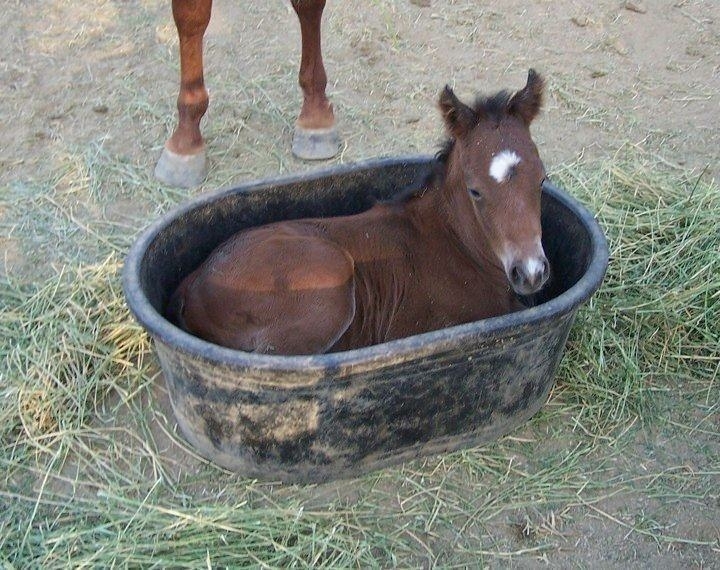 Now when it comes to learning something new, matchers learn slightly different as mismatchers: 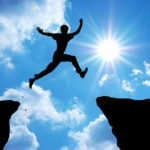 Have you ever found a time and place where you were absolutely fascinated?

Where your attention was totally glued?

And your focus was just completely locked on?

Where you were so captivated and intrigued by something that you didn’t want to miss even the smallest amount of it?

That’s because you were learning as a matcher:

You were learning with interest.

As a result, matchers learn and grow real quick!

With mismatchers it’s different STory, because they learn with opinion: 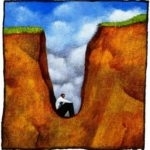 Too many mismatchers I know, when they’re learning, they’re thinking.

And those do not go hand in hand, because this is how it goes:

When mismatchers are about to learn something new, they run through and try to find something that won’t fit into the pattern. 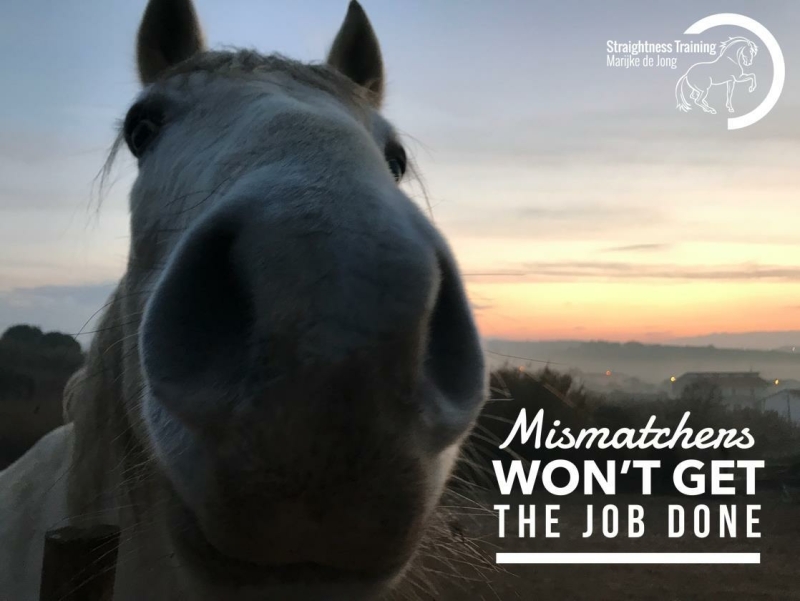 And people who are looking for how things don’t fit, are going to have a lot of trouble getting to the end.

Because they’re wasting a lot of time with comparing their old way of training with the new ‘ST’ way.

So when people are coming from other equestrian disciplines, they use to ask me:

They are always trying to figure out the differences and how those two approaches fit and don’t fit together.

It’s like learning Portuguese, and every word is compared to what it is in Spanish.

So when people try to learn something new by figuring out “If it’s like something else…” well that won’t work in ST.

They want to translate this to that.

But my answer is: it doesn’t translate without losing a lot.

Just the same as when you translate any language to another language:

All you do is losing things in the process.

Mismatchers on the Hunt for Counter-examples

When mismatchers try to understand things, they are often searching for a counter-example.

And they’re often not just finding one counter-example, they’re finding EVERYTHING that doesn’t fit in.

Especially when you present to them a generalization about something.

Now generalizations are meant as a ‘map’ of your own ‘territory’, they are guides to your behavior, they are not truths.

Then they let me know that they feel uncomfortable with it.

And part of their learning strategy is, telling exactly what mismatches, and that I’m supposed to adjust the program so that it fits in…

… because only when it fits, they can get to the point where they get a clear picture and can truly understand it. 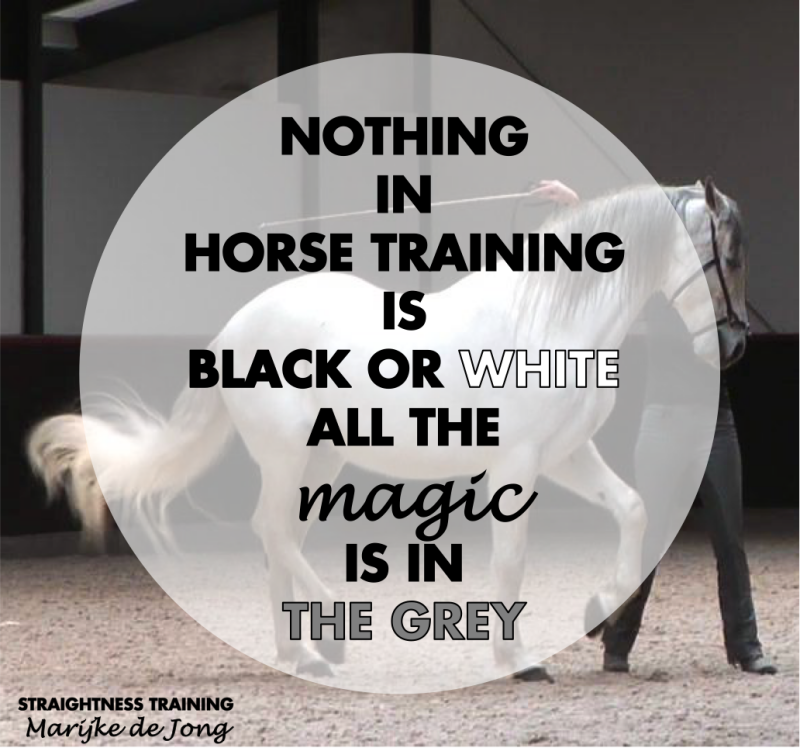 I could have told them out at the gate of our ST Academy:

There are a million things that don’t fit in!

In ST, nothing is black or white, ST is full of paradox – as is life – all the magic is in the grey.

Because here’s the secret:

Life is full of contradictions!

So to grasp the Straightness Training Universe:

So what to do if you’re a default mismatcher?

How to Set Yourself Up For Success in ST?

These three tips will get default mismatchers up and running:

Tip #1: Mismatch That You’re A Mismatcher 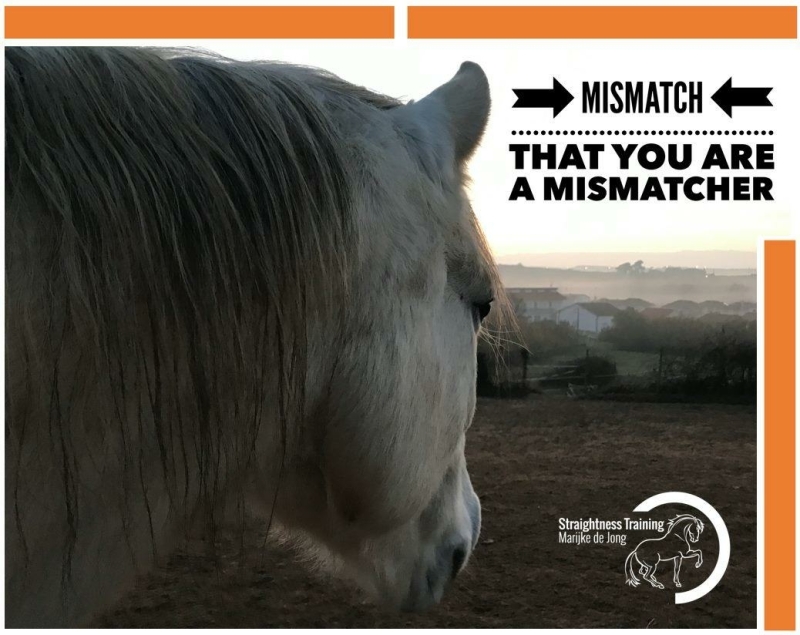 The first thing every future STudent should discover is, that if you are a mismatcher, then one of the things you are going to have to do is to learn to mismatch that!

Because as a mismatcher you will be unable to use most of the ST materials, since the techniques, strategies, frameworks, and concepts were all designed by a matcher – me!

I’m looking FOR patterns, not for what’s not in them.

And those patterns are meant as signposts and guides, so you are able to DO something in your own territory and can make your own piece of art.

So if you cannot mismatch that you’re a mismatcher – and become a matcher – then don’t even start doing ST!

However, if you’re a matcher, ST is the perfect match!

Tip #2: It’s Not Necessary To Understand Everything To Be Able To Use Everything

You don’t have to know everything about ST in order to use it.

It’s like flicking the switch and turn on the lights without knowing how electricity works.

There’s not some ‘rule’ that you are only allowed to use light bulbs if you know how the mechanism works in every detail (many of us would still be using candlelight right now!). 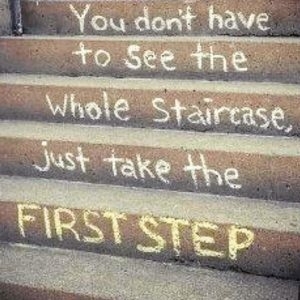 So successful STudents are especially good at making a distinction and finding the balance between knowledge and use.

They don’t spend all their time studying the details in the roots; instead, they learn to pick the fruit.

It means: the most successful STudents aren’t necessarily the ones with the most information and the most knowledge.

It’s the same in every other kind of arts and professions:

So you don’t have to know everything about ST in order to use it!

Get into a state of highly positive fixed attention, and just do as I say.

This is one of the two Magic Powers, because:

Well… that one thing is this:

When they hear a piece of advice, from someone that they have chosen to learn from, they say the following when given the advice:

And then they go, and they do it.

And then they just do it without trying to mismatch with: 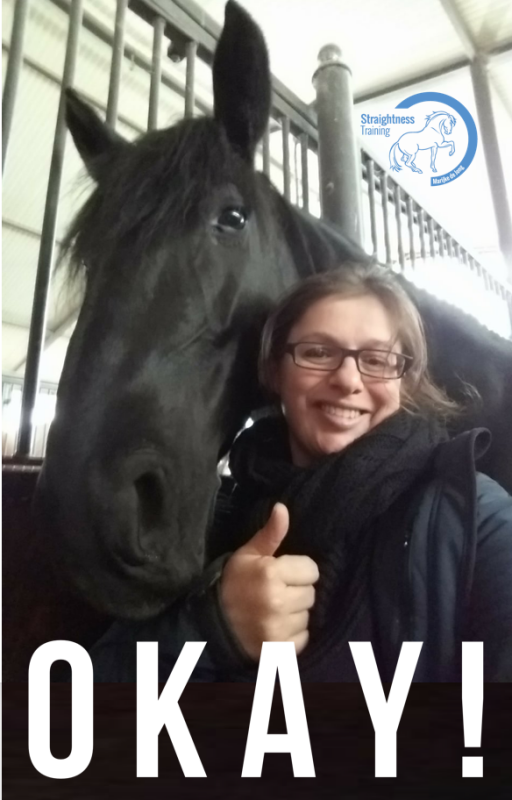 “You have, what I wanna have…

I’m not on a level to discuss things with you.

So I’m just going to do it!

And then if it doesn’t go as planned, I’ll ask a million questions on how to fix it.”

Because a lot of times things don’t go as planned, and that’s perfectly normal!

So I’m not saying:

“Hey, do everything I that I tell you to do personally, and you’re going in a straight line to perfection.”

Instead, it’s a cyclical process, and for sure you need some reflection on your work to get better and to improve.

So tip #3 is about the magic ability to do the unthinkable which is: