Home » The Rider » Spiritual development » The Magic is in the Grey

In Chinese philosophy, yin and yang describe how apparently opposite forces are actually complementary; for instance, shadow cannot exist without light.

So the duality is symbolized by yin and yang.

There are many dualities, such as these obvious ones:

And related to horsemanship, there are these dualities:

And related to the ‘mental’ rider, there are the dualities such as:

Now when it comes to other subjects, the list is endless!

It’s even expressed in sayings and proverbs:

Almost every wise saying has an opposite one, no less wise:

Together, they keep the balance.

So in the real world, nothing is absolute.

The map can be static, but in the territory, nothing is static.

Therefore, in our ST laboratory, balance can only be found in the dynamic and experiential process.

Now our logical, rational, analytical, conceptual view on the real world can be a sort of linear thinking.

But when we start to apply ST concepts in the real world, we will notice that:

So our ST lab is a dynamic environment where we are:

Yin and Yang seem contradictory, but in Chinese philosophy, they need each other:

Without Yin no Yang, without Yang no Yin.

Forces that interact to form a dynamic system in which the whole is greater than the assembled parts.

The Yin Yang symbol shows a balance between two opposites with a portion of the opposite element in each section.

Either of the two major aspects may manifest more strongly in a particular situation, but nothing is completely yin or yang.

Without yin no yang, without yang no yin.

There is always yin in yang and yang in yin.

Together they are one.

Now we know more about the Yin & Yang concept, let’s take a deeper look at the forces ‘static’ vs ‘dynamic’.

How does this relate to horse training?

Let’s have a look at the ways we can train a horse:

Now some riders have a low level of consciousness and an extreme dedication to a single approach, technique, concept, teaching principle, tool or strategy in horse training.

When it comes to motivating a horse the world can be very black and white in the horse world.

So there are ‘one concept camps‘ (-R only) that’s against another ‘one tool tribes‘ (+R only).

But in ST we feel that this black or white approach limits us.

So this is how we see it:

Now some riders are completely against correction.

Some even reject any form of pressure and only wants to work with positive reinforcement (+R), and stick to this approach only.

On the other hand, some riders are very much against the use of treats and mainly rely on the ‘pressure/release’ techniques, i.e. negative reinforcement (-R) and positive correction (+P).

But in ST, we believe that extreme dedication to a single approach ignores the benefits of the other approaches and is denying that opposite forces are complementary.

There can’t be a release (yin) without pressure (yang).

Therefore every rider uses negative reinforcement, even if they don’t want to admit it.

All the Magic is in the Green 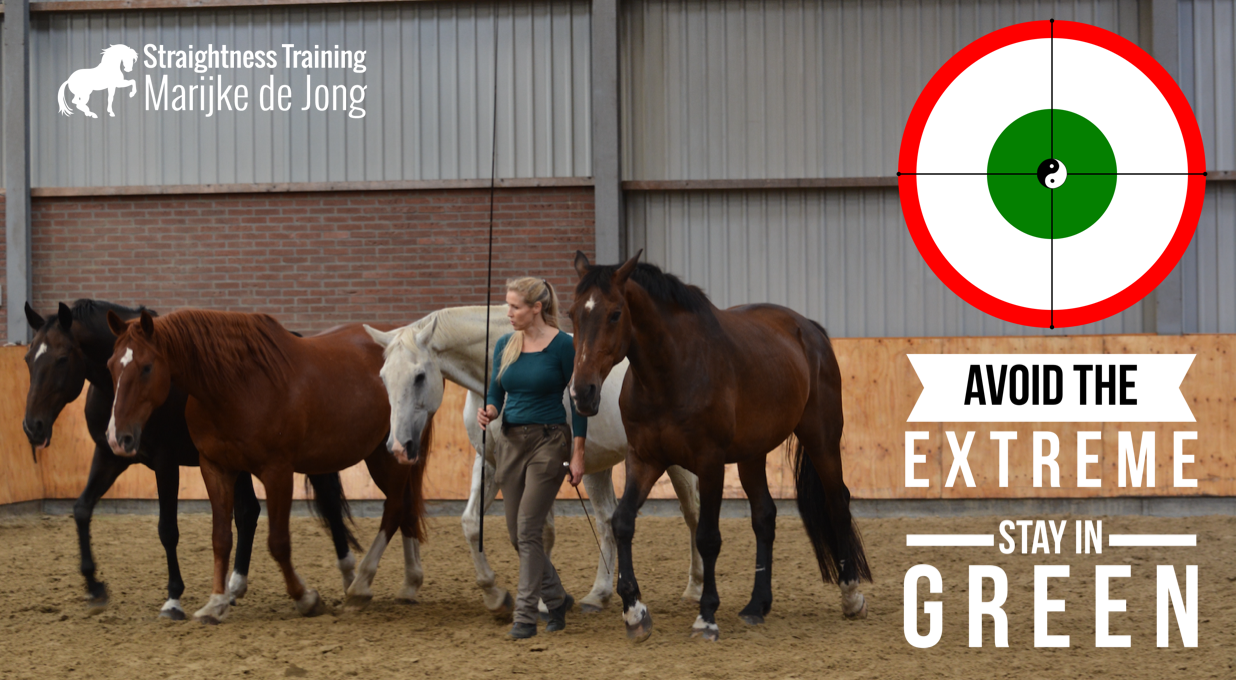 In ST, we prefer a Yin/Yang approach, so we can avoid the ‘red’ extreme and stay in the balanced ‘green’.

This way, we can choose the approach that works best for our horse in the given situation:

So we are flexible and we keep the balance by avoiding the extreme, and staying in green.

And we are also flexible and ‘green’ when it comes to other concepts we use, such as:

All the Magic is in the Grey 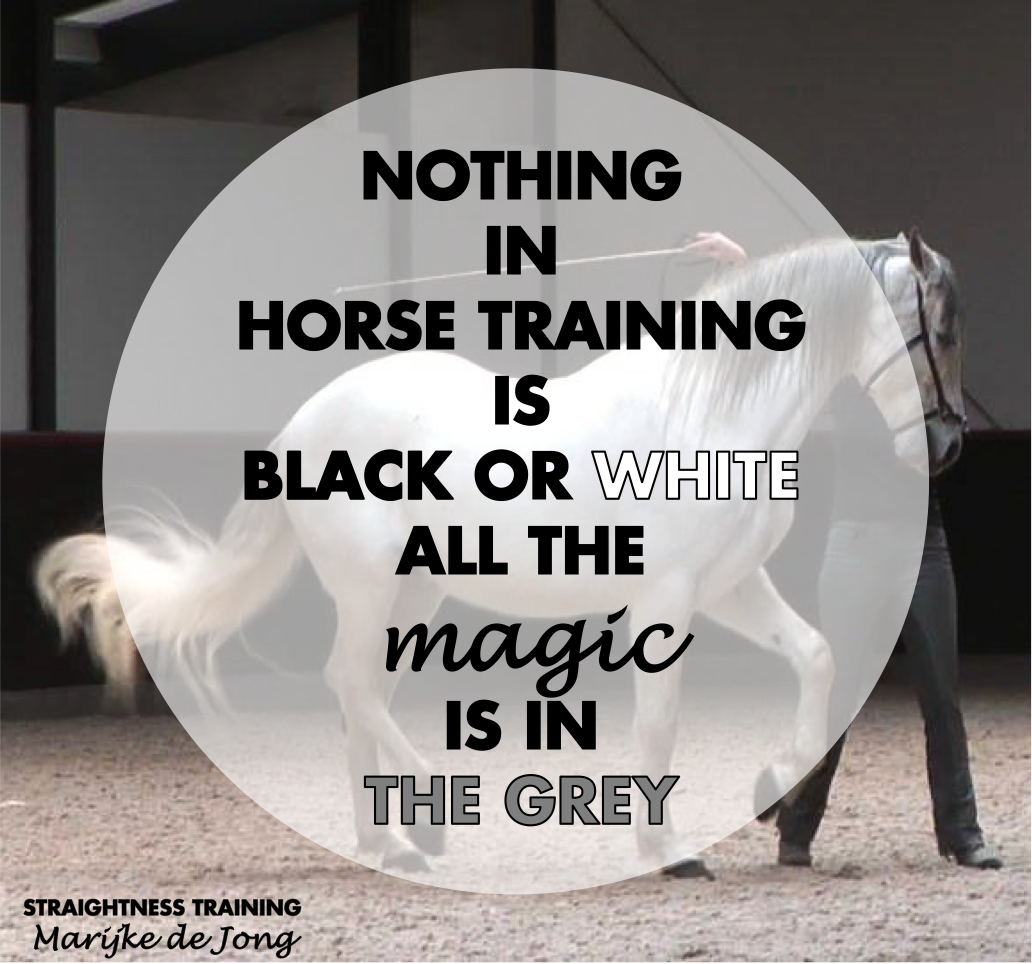 In ST, we prefer to have all yin and yang tools in our toolkit, and we choose the strategy that suits the situation, the type of behavior and the personality of the horse best.

There is no single right way that suits every horse.

Having the flexibility of choosing the appropriate “tool” out of our toolkit leads us to tailor-made teaching, which is necessary because every horse is unique.

Thinking out of the yin and yang boxes will lead to the magic.

One thought on “The Magic is in the Grey”